Chennai Super Kings has being leading franchise for IPL 2020. IPL 2020 held in UAE. Due to the massive rate of corona Cases in India the decision has made. Unfortunately, Suresh Raina stepped out of the game. He has been a shining player in previous matches. CSK surely will modify the strategy on-to this fact. 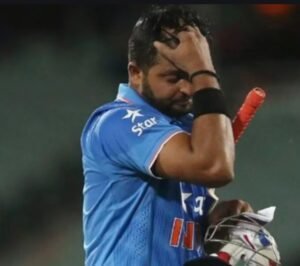 KS Vishwanath CEO of the Chennai Super Kings recently tweeted on Social media. He declared the return of Suresh Raina to India. He suggests he had some personal issues post-pandemic. The entire CSK franchise supports him for his decision.

Suresh Raina also retired this year from International Cricket. Meanwhile the captain of Chennai Super Kings also did the same. Mahendra Singh Dhoni and Suresh Raina together confronted to the decision of leaving internationals.

CSK has been in problems since initial days. Firstly many of the Chennai Super Kings players tested positive with COVID19. Hence onward the League postponed. Certainly the bowler and few crew members weren’t confident for the League.

With the certain assumptions CSK went for the tournament. Suresh Raina’s exit became a terrible shock to his fans and Leagues.

Suresh Raina is the highest scorer of Chennai Super Kings with count 5369 runs.

One of his team member Ambati Rayudu expressed his views on the same. He believes that Suresh Raina would come back soon. He depicted Suresh Raina as Star cricketer. Ambati believes that Raina didn’t persued good opportunities to bat for India. He added He will miss him for the upcoming League.

Harsh Bhogale reached twitter with a tweet on the same. He expressed the desperation of Suresh Raina for the game. He mention he miss Raina from bottom of his heart.

Akash Chopra reached twitter and lashed the people for false assumptions. He mentioned try to connect the dots for Raina’s exit. He requests people and fan to give him the privacy.

Certainly the exact reason for his exit is not mentioned. Fans expect Suresh Raina on the ground again. Chennai Super Kings have won Indian premier League thrice. Importantly it couldn’t estimate the winning chances for team.

Suresh Raina plays for Uttar Pradesh in domestic cricket. He is a left handed batsman and occasional off-spinner. Indeed A 33 years old man from Muradnagar has much fan base.

As soon as the tweet has released, Suresh Raina’s fans have dis-heartened. They hope for his comeback. In this dreadful 2020 fans need their inspiration on grounds.

Indeed Raina could have taken the decision intellectually. The team prays for his good. However Report suggests his tested positive with COVID19. But the official confirmation haven’t declared.

Visa and testing process for the players done. Also The players and admin team has reached the destination. The game will live streamed on Hotstar and TV channels. Meanwhile Let us hope the success of the IPL 2020 tournament.